Diana Lado is an Actress in Hollywood, California, known for her lead roles in a number of award winning independent films and for her part as Mercedes in the North American prime time TV Series "Una Palabra". Born in Barcelona, Spain, Diana is an avid reader growing up and spends her childhood writing and performing theater before moving to London, where she continues her career studying at the London Conservatoire for Dance and Drama, as well as Semiotics at the University of London. Diana relocates to Los Angeles, and graduates from the Meisner technique two-year conservatory program by William Esper disciple Joshua Bitton. She is currently a student of The Groundlings, where she joined the audition for admission Core Track program. Beyond acting, Diana has been featured in many international publications, such as Vogue, Glamour, Marie Claire, and Grazia, as a Brand Ambassador and Influencer. She went behind the lens to direct the Reebok "Z Pump" digital campaign in New York City's Central Park, and for Thrasher Magazine's Raisinman. Diana was one of the influencers followed by MTV for their docu-series surrounding Coachella. She has done Voice Overs for Disney and Sony Animation, promoting the Academy Award Winning films "Frozen" and "Zootopia", the "Tinkerbell" DVD series, and the critically acclaimed "Hotel Transylvania 2". Diana enjoys philanthropic causes and supports children and minorities. 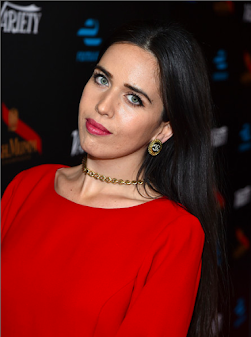